Tax and Money Tip of the Week:
Tax Reform Attacks Home Mortgage Interest Deductions
May 1, 2019 | No. 432 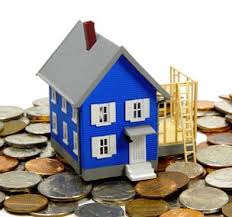 The recent tax reform contains two big changes to how much you can deduct in mortgage interest for tax years 2018 through 2025:

Exception alert. Your home equity loan may include acquisition or home-improvement debt, and that debt continues as deductible under the recent tax reform rules.

Refinancing alert. Your acquisition debt does not increase when you refinance unless you use the new monies to improve the home.

If Tom uses none of the new money to improve his home, his mortgage interest deduction in 2018 is based on the $430,000 of mortgage principal that remained as of the date of his refinancing. To put this in perspective, your original acquisition debt never increases on that original home. To increase your debt eligible for the home mortgage interest deduction, you need to use the new debt to improve the home.

Ceilings. Because of tax reform, you now have two possible 2018 ceilings on your home mortgages that are eligible for the mortgage interest deductions.

Exception. If you entered into a written, binding contract before December 15, 2017, to close on the purchase of a principal residence before January 1, 2018, and you complete the purchase before April 1, 2018, you fall into the $1.1 million ceiling category.