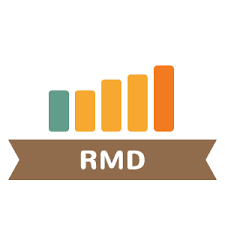 As you probably know, a person must take a Required Minimum Distribution (RMD) from their IRA each year once they reach age 70.5.  For many years, there has been a special tax rule that allowed these individuals to contribute the RMD to a charity tax free. The problem in prior years, however, was that this rule was always one of those last minute changes Congress made to the tax code which never allowed time to do any planning.

Changes Congress made to tax code in late 2015 have made this charitable contribution provision “permanent”.  Now that we have some time to plan, let’s take a look at how this can be a very powerful tax planning tool.

1.    A distribution from an IRA
2.    A direct contribution from the IRA trustee to the charitable organization-with no intervening possession or ownership by the IRA holder
3.    Made by an IRA holder who has reached age 70.5
4.    Contributed to a 501(c)(3) organization, church or other “non-private foundation” or donor advised fund.

Let’s look at some examples:

Fred has reached age 70.5 and doesn’t really need the RMD to help pay his bills.  Fred also likes to make a donation to his church each year.  Fred has his house paid off and can no longer itemize his deductions.  If Fred does a charitable RMD to his church, he is not paying taxes on a distribution that he could not write off as a charitable contribution.  In all likelihood, Fred will also have less of his Social Security benefits included in taxable income because he has eliminated that income from his AGI for the taxable Social Security equation.

Mary is 70.5, but can itemize her deductions due to some sizable medical bills.  She also likes to make a contribution to her alma mater each year.  By making a charitable RMD, she can make her AGI lower, therefore allowing more of her medical expenses to be deducted against the 7.5% AGI floor on medical deductions.

Also note that in all three of these examples, the taxpayers have kept the RMD off of their federal tax return which means they are not paying Ohio taxes on what otherwise would have been a taxable distribution.